There are several statistics which are useful to describe and analyze a histogram. They are calculated to describe the area under the curve formed by its shape. These descriptive statistics can be calculated using software such as SQCpack.

In SPC, the chi-square statistic is used to determine how well the actual distribution fits the expected distribution. Chi-square compares the number of observations

Using Chi-square with the assumption of a normal distribution

Note: Theoretical percent outside of specifications may be misleading.

The formula for chi-square is available here along with the degrees of freedom table. 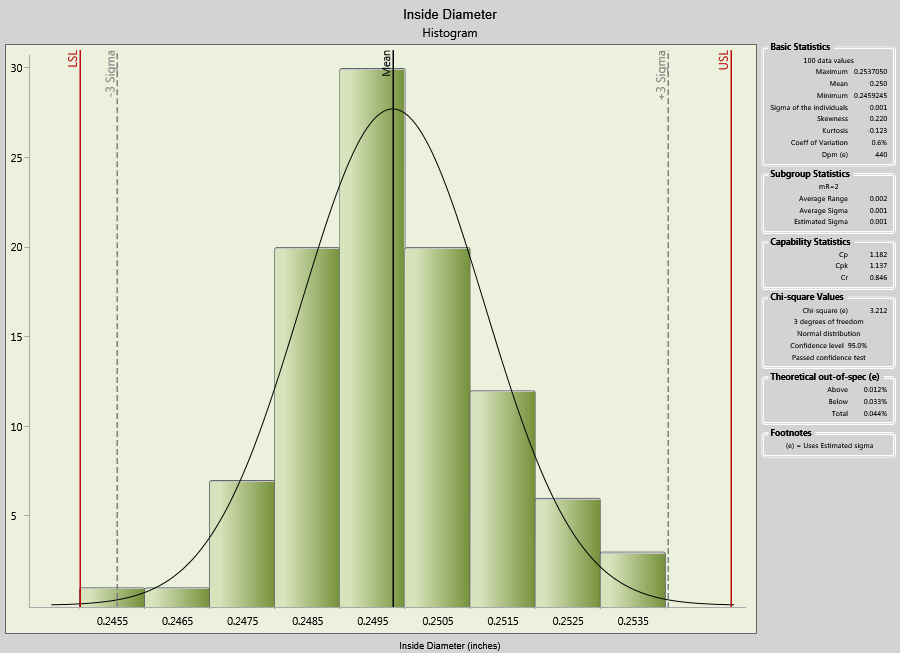