A g-chart is a chart for attributes data. It is used to count the number of events between rarely-occurring errors or nonconforming incidents.

The g-chart creates a picture of a process over time. Each point represents the number of units between occurrences of a relatively rare event. For example, in a production setting, where cars are produced daily, an unexpected line shutdown may occur. A g-chart might be used to look at the number of units (i.e. cars) produced between line shutdowns. The units produced can be almost anything. For example, you might look at the number of invoices printed, the number of customers served, or the number of patients seen, between occurrences of some event. A traditional plot of data such as this is not conducive to control chart interpretation. The g-chart helps to visualize this data in traditional control chart form. Specific formulas for g-chart control limits are used with this type of data.

The “g” in g-chart stands for geometric, since data relating to events between occurrences represents a geometric distribution. G-charts can be created using software programs like SQCpack. 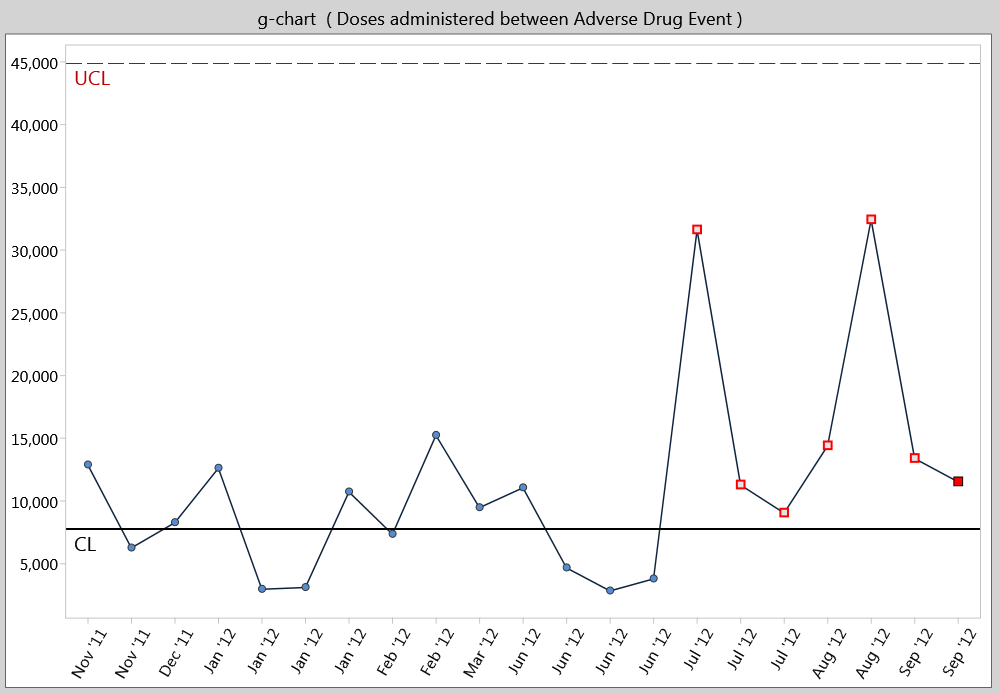 When is it used?

Why is a t-chart used?

Why is a g-chart used?

Here are some processes in various industries that lend themselves to rare event application. 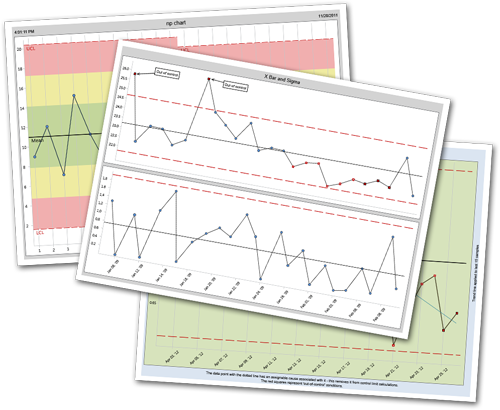