An organization that manufactures 54 million screws every month and tracks 700 different gaging devices demands a great deal from its calibration and measurement analysis system. ITW Shakeproof, a supplier to Big Three automotive manufacturers, depends on GAGEpack to respond to that challenge. 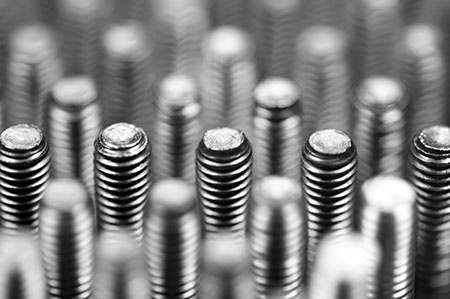 Originally using index cards and later Lotus 1-2-3 to keep track of gage records, ITW Shakeproof purchased PQ Systems' GAGEpack in 1994. A major consideration in the company's decision was the QS-9000 requirement for records and reports.

“GAGEpack helped us to achieve QS-9000 registration because it provided proof of calibration and ensured that no gages were overdue for calibration, says Peggy Burgess, a technician and trainer for ITW Shakeproof in its Darlington, Wisconsin facility. ITW (Illinois Tool Works) Shakeproof operates several plants throughout Wisconsin and Illinois that supply to Ford, General Motors, and Chrysler.

After she had used GAGEpack for three years, the company sent Burgess to GAGEpack training that was offered on site. Although she had been using the program successfully for so long, she says she was surprised at how much more she learned by pursuing the training. In addition to her responsibilities at Darlington, she helps other plants set up gage systems and provides training to those who use GAGEpack. ITW uses GAGEpack in its corporate quality department, while in Elkhorn it is an administrative assistant who maintains the gages, and in Oconomowoc, the final line packager utilizes the program. Burgess says all of these users learned to use the program quickly, adding that in her judgment it is "one of the easiest-to-learn programs that we use."

Burgess found that the program met the challenges of a complex gage system by making it possible to locate gages more easily and to access calibration due dates quickly.

She feels that it has saved the company time and money in a variety of ways. One of these is exemplified in a cost study of gage repairs of hand-held dial gages that Burgess undertook. The report demonstrated that, because they were hand-held and therefore susceptible to being dropped, these gages were being repaired 3-4 times a year, at a cost of $140-$250 each time. For $1,000—the cost of annual repair of a hand-held dial gage—ITW Shakeproof could purchase a digital tabletop gage that is more accurate and rarely requires repair. After she had shared the report with the company's management, they decided to replace all of the hand-held dial gages over a period of time, saving thousands of dollars every year.

GAGEpack allows users to manage complete histories of all of their measurement devices, instruments, and gages. An unlimited number of gage records can be created, stored, sorted, and updated. Calibration due dates can be based on usage or on time, and these can be set either automatically or manually. These features, says Burgess, give “peace of mind” that ensues from the assurance that no gages are ever late for calibration. At the end of each month, she prints a report of gages due, sends them out, and stops worrying until it's time for the next month's report. The program saves her time, since she no longer has to sift through index cards, but instead can just “push a couple of buttons.”