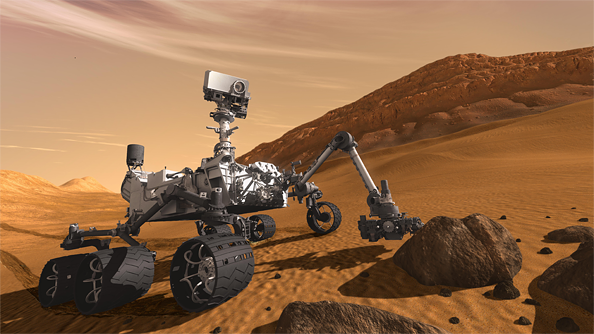 When NASA engineers asked “Could Mars have once harbored life?” and set out to investigate by launching the Mars Science Laboratory rover Curiosity that landed in August, PQ Systems was in the background, not only cheering on their efforts, but indirectly contributing to the success of the mission through its relationship with a key supplier to the effort.

Honeybee Robotics Spacecraft Mechanisms Corporation, with headquarters in Manhattan, uses GAGEpack® from PQ Systems to support its gage management system, according to Steve Hardwick, facilities manager and safety manager for the company.

Contributions made by Honeybee Robotics to the Mars Science Laboratory are now operational on the surface of Mars, following the Curiosity rover’s August 5, 2012 successful landing in Gale Crater on the red planet.

The rover project’s ambitious goal, according to the NASA website, is to assess whether Mars ever was, or is yet, an environment able to support microbial life. Rock and dirt samples are being collected to enable scientists to study the history of the planet and examine organic compounds that could indicate a habitable environment. Among other findings, the rover has already discovered further evidence of past liquid water on the now-dry planet. 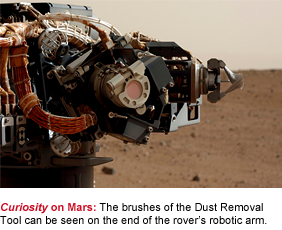 During the course of operations, NASA’s Jet Propulsion Laboratory has been providing regular mission updates. From start to finish, the project offers complexity. The one-ton Mars Science Lab is the biggest and best-equipped rover ever launched, and even the landing offered serious challenges.

Lee Carlson, a Honeybee systems engineer who helped design and build the SMS, says he was not sleeping much before the landing, out of both anxiety and delight at the mission. Featured in the New Jersey Institute of Technology website, Carlson is an NJIT alumnus who majored in mechanical engineering. “There is a great deal of satisfaction in knowing that the work I did on the rover could help discover life on Mars,” says Carlson in that account.

Called “one of the world’s great ‘skunk works’ for space robotics” by Aviation Week & Space Technology, Honeybee was founded in 1983 above a piano shop on New York’s Lower East Side. Early work included robotic arms, robot end-effectors, and smart task-oriented mechanical systems for such companies as IBM, Allied Signal, the Salk Institute, Merck, and others.

Since accepting its first NASA contract in 1986, Honeybee has worked on more than a hundred NASA projects, developing this relationship because of its reputation for quality and commitment to customer satisfaction. The company is certified to ISO 9001:2008 and AS9100 Rev C standards. 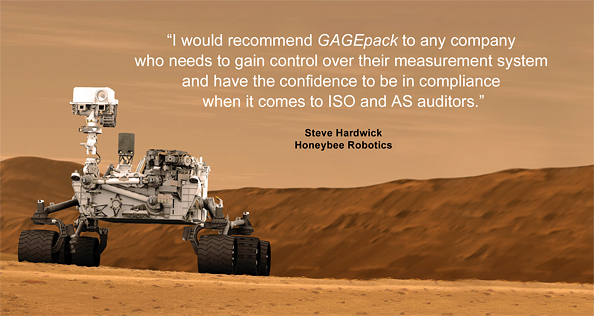 Steve Hardwick, Facility Manager at Honeybee Robotics, is also Metrology Manager, Export Compliance Officer, and Safety and Shipping Manager. In the process of becoming ISO 2001 and AS 9100 registered company, he says that “it was clear to me that a good gage management system was needed to meet our company needs and ISO and AS requirements. I researched many gage management packages before deciding on GAGEpack.”

He says that the decision was based on user interface, features, learning curve, and the customer service that PQ Systems offered. “I use GAGEpack to control all measuring and monitoring instruments we have in our facility. Gages that are calibrated in house are performed through GAGEpack and will successfully pass internal and external audits regarding compliance.” In addition, Hardwick uses GAGEpack to control infrastructure equipment making it easy to schedule maintenance events and repairs when needed. “The robust MSA features are easy to use and provide the necessary information to make informed decisions on ‘what is to come’ in our measurement system and processes. I would recommend GAGEpack to any company who needs to gain control over their measurement system and have the confidence to be in compliance when it comes to ISO and AS auditors.”